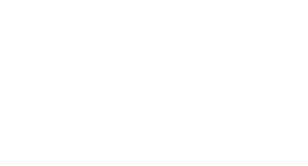 
Tennis and pickleball season passes are available to Lodge members, residents and non-residents for priority at Des Peres Park courts, April 1 - October 31 when Court Monitors are on duty.  Season passes can be purchased at The Lodge or online (preferred) at www.desperesmo.org/88, beginning 2/1 for Lodge Members and Des Peres Residents, or 2/21 for Non-Residents.  Season Pass will not be sold out at the courts.  For court priority, a minimum of one player per court must have a season pass under their name.  Season Pass holders must be present at the time of the reservation.  Courts are on a first come, first serve basis when no court monitor is on duty.

Starting 3/1/22 at 6:00 a.m., current pass holders may reserve court time for our 2022 season (April - October).  Reservations are only available to Tennis and Pickleball season pass holders for the current year. Pass holders are allowed to reserve one hour of court time per day. There is a $2 charge per court reservation.  Court Reservation fees will only be refunded/credited when the Court Monitor closes the courts due to weather / court conditions.  Use the link below to reserve your time. Online reservations are not required, but suggested to ensure court availability. Please note: You must be logged in to reserve court time using the same login credentials from your pass purchase.  Users may not book two time slots back to back.  Please make sure you check in with Monitor prior to your reservation.

RESERVE A COURT OR SEE AVAILABILITY (Starting March 1, 2022)
View a quick video tutorial on how to use our court reservation system

Click on the schedule below to see the Des Peres Park tennis or pickleball court monthly schedule:

For additional tennis and pickleball questions, contact Corey at 314.835.6150 or cnewgent@desperesmo.org.

The following rules and regulations shall apply to the use of the Des Peres Park tennis and pickleball courts:
• Des Peres Park tennis courts (6) and pickleball courts (3) are open to the public year-round.
• Lights are in operation from dusk to 10 p.m.
• Season passes are applicable April 1 through October 31, for court priority/reservations when court monitor is on duty.
• Season passes can be purchased online at www.desperesmo.org/88 or at The Lodge; money will not be taken at the tennis courts. Proof of residency must be shown at The Lodge or non-resident pass fee will be assessed.
• For court priority, a minimum of one player per court must have a season pass under their name.
• Court Reservations are available for season pass holders when Court Monitors are on duty.  Court Reservations are $2 per hour.  Court Reservation fees will be refunded/credited only when Court Monitors close the courts due to weather/court conditions.  Season Pass Holders are allowed to reserve one hour of court time per day.
• Courts are on a first come, first serve basis when no court monitor is on duty.
• Court monitors are on duty Monday - Friday 5 - 9:15 p.m., Saturday 9 a.m. - 1:15 p.m. & 4 - 8:15 p.m., and on Sunday 3 - 9:15 p.m.
• A waitlist will be established when all courts are full, while the court monitor is on duty.
• Maximum court time allowed is 60 minutes when waitlist has been established.
• All players must follow court and park rules as established by the Parks and Recreation Department, and posted at the tennis facility.
• Courts are for tennis and pickleball use only.  Bicycles, skateboards, roller blades, strollers, hover boards, wheeled shoes, hockey and soccer play are prohibited.
• Players are required to wear tennis shoes and shirt at all times.
• No food (including gum), glass or alcoholic beverages allowed on the courts.
• Pets are not allowed inside the fence area on the courts.
• Des Peres Park and Recreation instructors have permission and priority on courts.  No other private instruction, classes or team practices will be allowed unless sponsored or approved by the City of Des Peres.
• “Solicitation of any business or service in city parks is prohibited. No person, firm or corporation is permitted to offer or advertise merchandise or other goods for sale or hire in city parks. The maintaining of a concession or the use of any park facility, building, trail, road or other park property for commercial purposes is prohibited except upon recommendation of the Parks and Recreation Commission and approval of the Board of Aldermen.” [Section 17-1 City of Des Peres Ordinances]