Typically, the City replaces approximately 150 concrete street slabs under contract.  City crews replace additional slabs on an emergency basis.  The City marks the locations to be removed and replaced, then the contractor performs the work.

Please note that neither the existing nor new concrete is "colored" concrete.  While there is some limestone-based concrete around the city, most of the concrete contains Meramec sand and gravel, which provides the orange/brown look. While the new concrete initially appears to be a bright white, over time, the color mellows and the top layer of cement wears off, revealing the brown sand and gravel underneath.

Bids were opened 2/25, Sweetens Concrete Services was the lowest and best bid. Their contract was approved by the Board of Aldermen at their 3/9 meeting.

Sweetens is scheduled to start sawcutting on Friday 4/3 and removals on Monday 4/6. This letter will be delivered to each house. The project will be completed in three phases to limit the number of homes without driveway access at any given time. For instance, during Phase 1, the residents at 1306 and 11735 can still park at 1301 or 11746. Later, those impacted by Phase 3 can park by 1306. Please pay attention to No Parking signs. Updates will be provided here during the project. 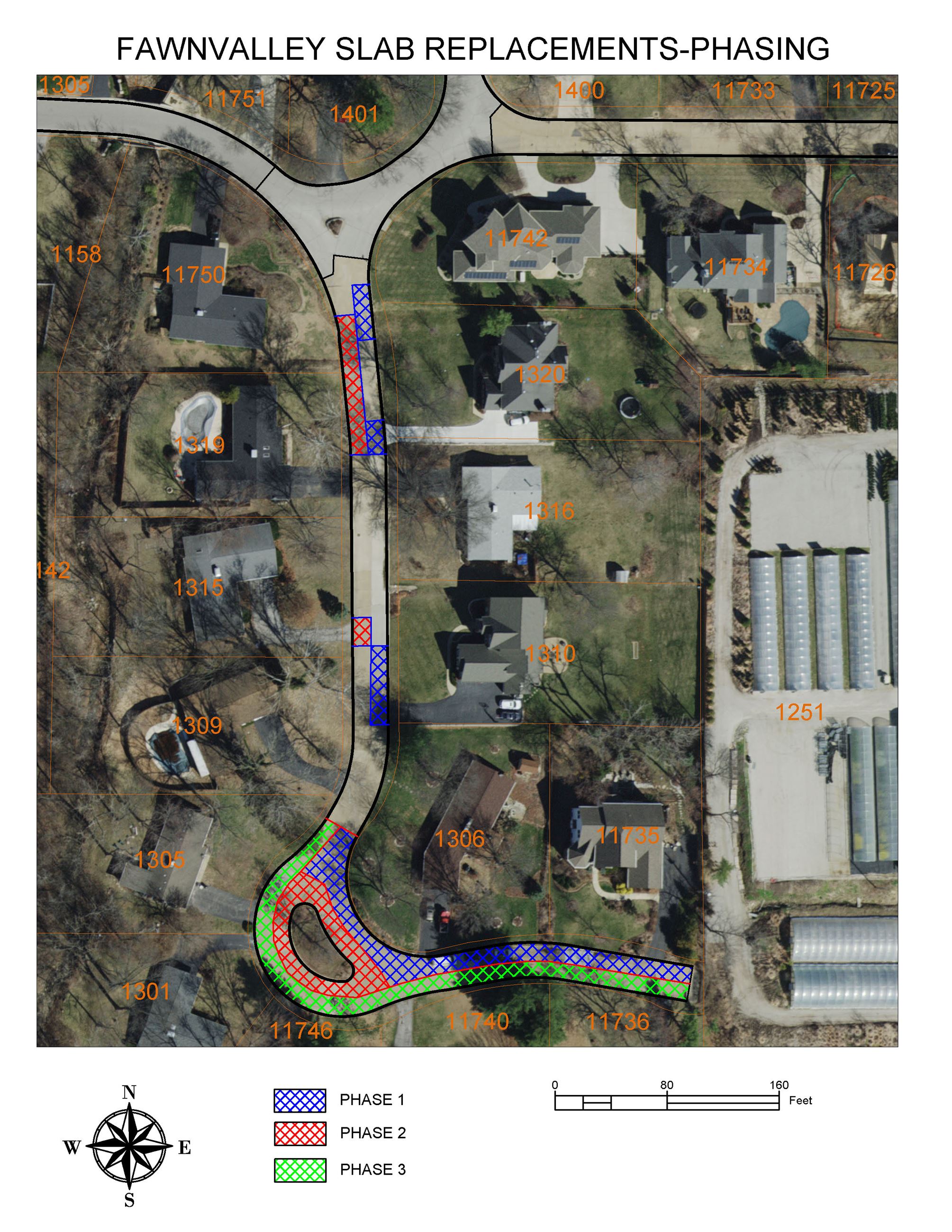